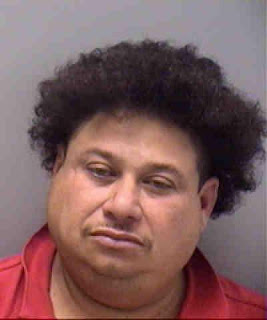 The Associated Press
FORT MYERS, Florida — A southwest Florida man has been sentenced to life in prison for killing his infant grandson and trying to kill the boy's mother.
As part of a deal to avoid the death penalty, 45-year-old Manuel De Jesus Rosales pleaded guilty Tuesday to first-degree murder and attempted first-degree murder.
Authorities say the Lehigh Acres man slashed the throat of 7-week-old Josue Rosales with a machete and then attacked his daughter, Karminda Rosales Salazar, with the same weapon. Another child in the home was not injured.
The News-Press reports that Rosales addressed the court before his sentencing, explaining through an interpreter that it was "witchcraft" and the "devil" that led to the events of that night.