Just Because I Can....Henry Cavill

You can thank me later!!! 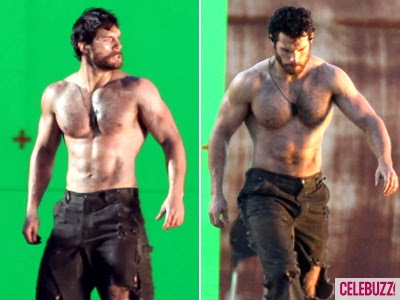 Posted by Wendy, the NOT so good Witch at 9:32 AM No comments:


Some three months after installing Matt Cherniss as president of WGN America, the Tribune-owned network has ordered its first original scripted series.

The first project is a drama titled Salem, from Brannon Braga (24, Star Trek: TNG, Terra Nova) and Adam Simon (The Haunting in Connecticut), which will go straight to series with 13 episodes. The hourlong entry hails from Fox 21, the cable studio responsible for such cable dramas as Homeland andSons of Anarchy, and was initially developed at FX. Production is set to begin in the fall, with a plan to premiere on WGN in 2014. The news comes as Cherniss looks to bolster both his executive team as well as his programming slate at the Tribune-owned network.
PHOTOS: 51 New and Returning Summer Series
Salem is set in the volatile world of 17th century Massachusetts, and explores what really fueled the town's infamous witch trials. The series will look to uncover the dark, supernatural truth hiding behind the veil of this ignominious period in American history. The witches featured are real, but they are not who or what they seem. What’s more, the drama, which centers on an epic romance wrapped around this explosive revelation, delivers a bold new vision of Salem -- and an even bolder new vision of witches.
“Brannon and Adam have an amazing vision for the world and characters that comprise Salem, Massachusetts, during the witch trials, and we believe that a great adventure full of supernatural romance and action awaits the viewer," said Cherniss, who joined the company after a stint on the feature side at Warner Bros. Before that, he spent several years in top programming posts at both Fox and cable sibling FX. The new position reunites him with his former boss, Tribune CEO Peter Liguori.
PHOTOS: Broadcast TV's Returning Shows 2013-14
“As we expand our cable television business through Fox 21, we are always on the lookout for new opportunities, and we couldn't be prouder to be the first studio to produce an original scripted series for WGA America,” noted Twentieth Century Fox Television chairmen Dana Walden and Gary Newman. Fox 21 president Bert Salke added: “Salem is a passion project of ours at Fox 21, and Matt and Peter’s enthusiasm for it was instantaneous and incredibly gratifying. We are excited to be delivering WGN America its inaugural scripted series and look forward to continuing to develop with the network in the years ahead.”
Salem, which was formerly titled Malice, was created and written by WME-repped Braga and Simon, who will serve as executive producers alongside Prospect Park’s Josh Barryand Jeff Kwatinetz.
Email: Lacey.Rose@THR.com
Twitter: @LaceyVRose
Posted by Wendy, the NOT so good Witch at 9:23 AM No comments:

Once Upon A Time Gets The Graphic Novel Treatment! First Look HERE!

Because none of us can get enough of Once Upon A Time…
Marvel is teasing us with a first look at the show’s adapted graphic novel Once Upon A Time: Shadow Of The Queen!
As a collaborative effort between artists Nimit Malavia, Vasilis Lolos,Mike Del Mundo, Mike Henderson, and Michael Kaluta as well as co-writers Daniel Thomsen and Corinna Bechko, the novel centers around the Evil Queen Regina usual scheming!
Ch-ch-check out some of the AH-mazing clippings (below)!!
Marvel revealed:

"The Evil Queen has, quite literally, captured the Huntsman's heart - and now he's her slave. This is the never-before-told tale behind their twisted relationship - and what happens when a good man is forced to do bad. When Regina cooks up yet another devious plan to capture Snow White - this time by allying with a pack of power-hungry werewolves - the Huntsman comes face-to-face with his past - and an independent spirit in Red Riding Hood that just may match his own.”

The graphic novel is set to be released on September 4th, just a few weeks before the ABC show and its new spinoff pick up for a new season!
Can’t wait!!
[Image via Marvel.]
Tags: abc, comic books, first look, graphic novel, once upon a time, tv news, tv show

Posted by Wendy, the NOT so good Witch at 9:21 AM No comments: